Today was a beautiful sunny, dry spring day in the west of Scotland – ideal golf weather, so the Scottish World of Golf team went for a round. Greg and I visited Barshaw golf course, a municipal in Paisley run by Renfrewshire Council.

I had had a look at the score care for the course before heading there today and there were a couple of pretty long looking par 3s so I thought we would be in for a tough round (albeit there are no par 5s on the course). However, despite Golfshake claiming these yardages were from the yellow tees, it turns out they were for the white medal tees. The 11th for example was listed as 243 (and these are the same yardages on the scorecards we were given by the course), whereas it was actually around 170 yards. Still challenging but not as challenging. 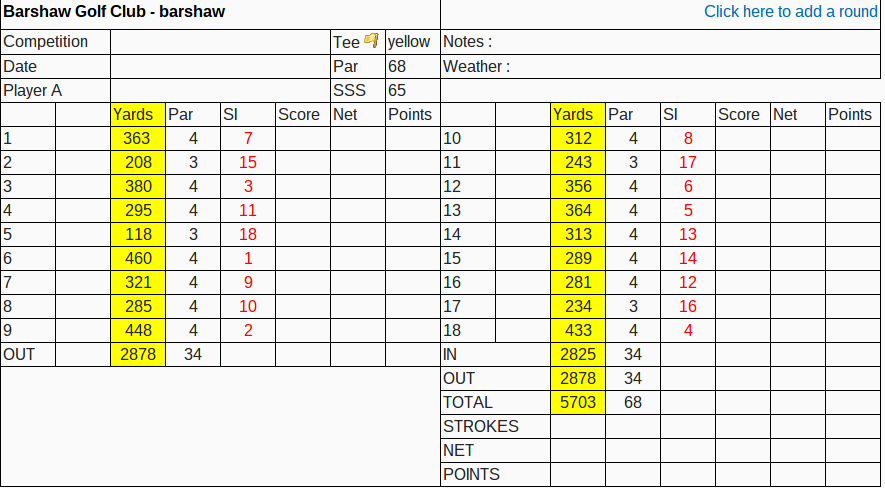 The course is located adjacent to Barshaw park and one thing that was evident today was that many locals regard the golf course as an extension to the park, wandering around the fairways. In fact the left hand of the 16th hole seemed to be the place to be for Barshaw teenagers today!

It is a parkland course, laid out partially on fairly hilly terrain. The fairways are tree lined but are generously wide so it takes a particularly errant shot to find them – and I did today on a number of occasions today! I did however find a few fairways so it wasn’t all bad news…

This is the view from the first tee – you can see what I mean about the width: 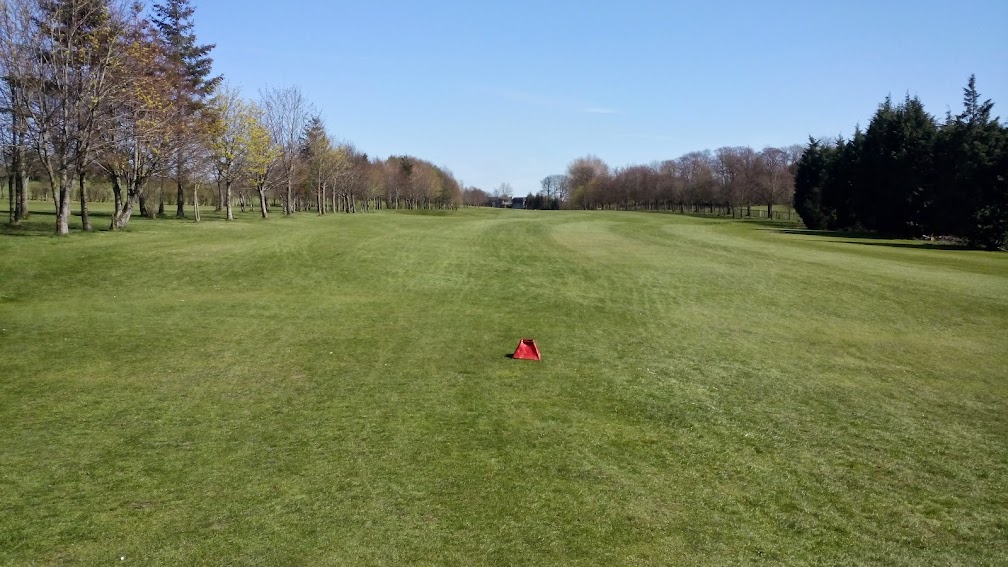 One interesting aspect of Barshaw is its complete absence of sand – there are no bunkers in play anywhere on the course! There are mounds and hollows that have clearly been bunkers at some point in the past but presumably a council budget cut at some point made their maintenance unaffordable. Some of these old bunkers have quite long grass in them so would actually probably be more difficult than playing out of sand.

We quite quickly moved away from the park area and up into the more hilly part of the course. There was a lot of going up and down hills so today could perhaps be considered a waste of a good hike. 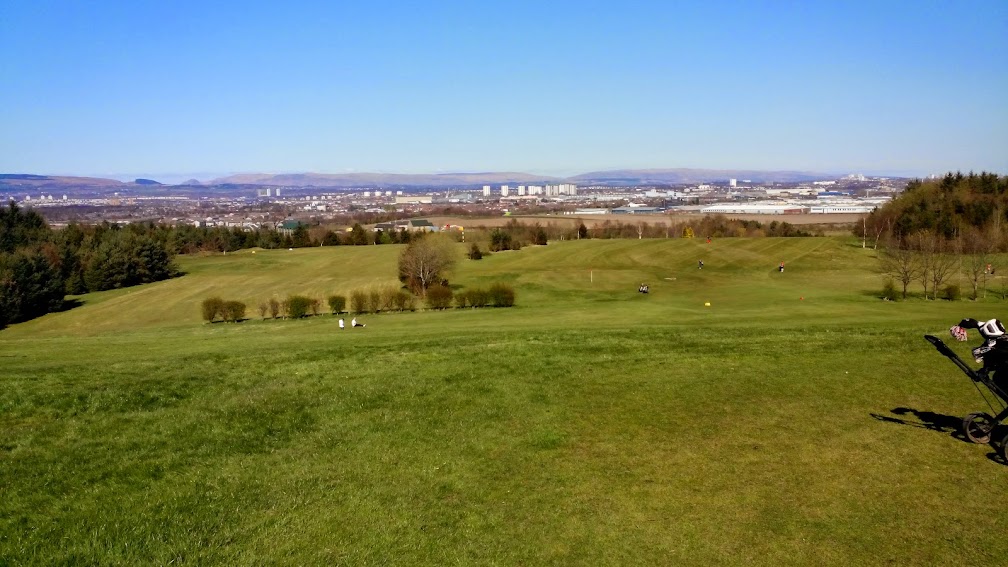 What this did provide though was some pretty cool views over Glasgow. In this way the course reminded me of Lickey Hills which located in a similar kind of position, overlooking Birmingham.

As noted, Barshaw is a municipal so the same issues that usually come with public courses were evident – people walking over the course (although to be fair I didn’t see any dog walkers!), some litter lying about and of course the whole bunkers not being bunkers thing.

There isn’t any water on the course which is a shame as I do feel that well built water hazards add some character to golf courses. But, the views do make up largely for that.

The greens were pretty quick today and many of them were very undulating and not easy to read. On a number of holes there is quite a vertical difference in different parts of the green. This added an extra dimension to the short game which was quite fun. 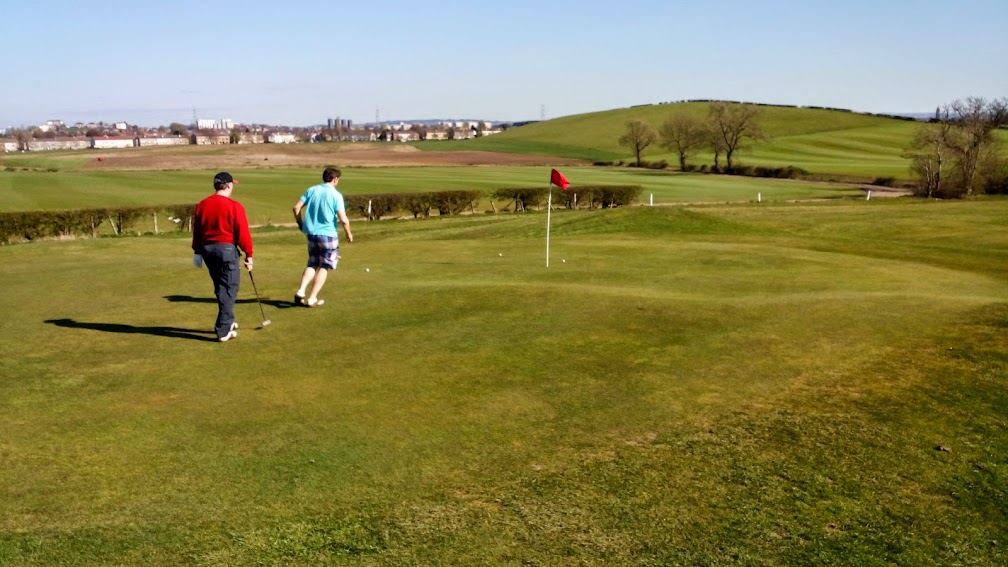 I used the term no frills golf to describe a course I have a bit of a soft spot for, Maybole, and that is how I would also describe Barshaw. If you are the kind of golfer that looks for high class facilities and a clubhouse serving gourmet cuisine, you will not find that here. If you are looking for a good honest course that will give you some challenges but still largely forgiving, you will find that.

It also reminds me of Maybole in that there is a lot of going up and down hills. I personally quite like that kind of course so I enjoyed our 18 holes at Barshaw. It is another one of those courses I would describe as definitely worth playing if you are in the area but probably not worth making a long journey for. It is now Greg’s local course so I would imagine he will be seeing a lot of it this season – probably me too – and that is no bad thing at all.

This entry was posted in Courses and tagged Course review, Scotland. Bookmark the permalink.