Inspired  by last week’s Open (note to American readers, The Open, not the “British” Open), I felt like a round or two on the Old Course. Clearly this is not the most straightforward of endeavours. (Although it should be noted that St Andrews Links is a public course and you do not have to be a member to play. You do however require an official handicap of 24 – something I do not possess.)

I remembered that a golf game that I had played around with a while back (no pun intended…), World Golf Tour had some extremely realistic courses available to it so headed over to their website. Sure enough, after I had recovered my password and logged into my account, there was the Old Course. I’m sure I was one of many doing exactly the same thing!

WGT as it is known looks amazing. The makers of the game have been out to the real courses and photographed them in detail – by the thousand apparently. This approach to the game visuals has a couple of implications for gameplay. Firstly, as the courses are not rendered in 3D, every shot is illustrated from a particular camera point. Think Resident Evil but a million times slicker looking (and with golf instead of zombies obviously). This does mean that sometimes the golfer avatar might be over to the side of the screen but it doesn’t have any impact on how the game plays.

The other factor is that this visual data must run to serious gigabytes and so needs to sit on a server – you clearly can’t install silly amounts of data to your phone (or tablet). Therefore you need a fast internet connection to play. I’ve only played on WiFi in the house and even then have had the odd connection issue (there are a couple of WiFi blindspots when using my phone – its WiFi reception seems weaker than my laptop). I’ve read that even trying to play over a 3G mobile connection is not very workable.

What this does mean is that, as your data is sitting on a WGT server somewhere, accessing your game from multiple devices works like a charm. I’ve been playing on my laptop via the main game website in a browser, on my Android 4.4 phone and with my wife’s Android 4.4 tablet.

This is the 8th at the Old Course played on my laptop: 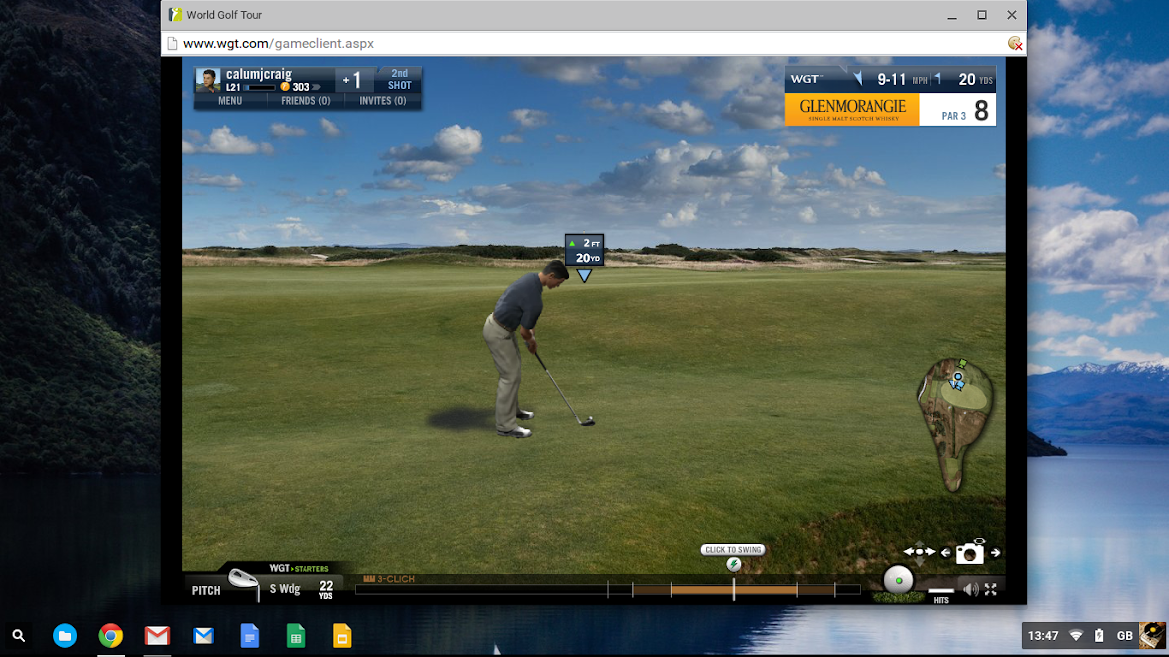 And here is the 8th at Pebble Beach on my phone: Both pretty impressive looking, I think you will agree.

(Unfortunately I don’t have any screenshots from the tablet…)

The control system is fairly standard golfing fare – if you’d played any mainstream golf game in the last twenty years or so you will be able to figure it out in two minutes. Playing the web version you can use the traditional “3 click” system but on the mobile devices there is only the WGT version which involves sliding the swing for power then stopping the downswing for accuracy. I actually prefer this method as it is easier to get the correct distance you want on your shots.

WGT plays pretty accurately – I hit a few birdies on the Old Course but then have also been stuck in a deep bunker and taken a couple of shots just to get out! The greens at St Andrews are fast and huge so while it is often pretty straightforward to reach them in regulation, getting down in one or two putts can be extremely challenging!

One of the things I like most about WGT is that it is to all purposes completely free. Of course, if you want, there are a thousand different ways to spend your real life money on in game credits. But, you don’t need to do so just to enjoy some virtual golf.

One really cool feature is the ability to play other human beings – there is a variety of different game moods you can do so in, from challenging a quick 3 holes to full rounds. There are tournaments in the game as well, but so far I haven’t got that far into the game to comment.

I played “Retzal” over 3 holes last night at the Olympic Club last night: 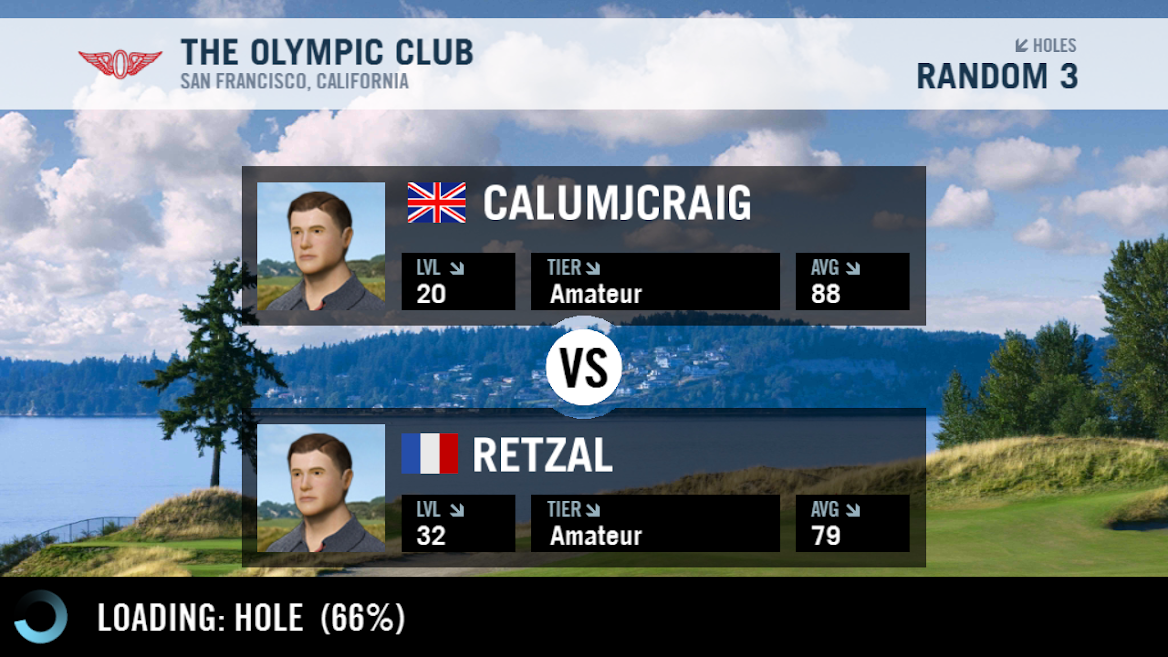 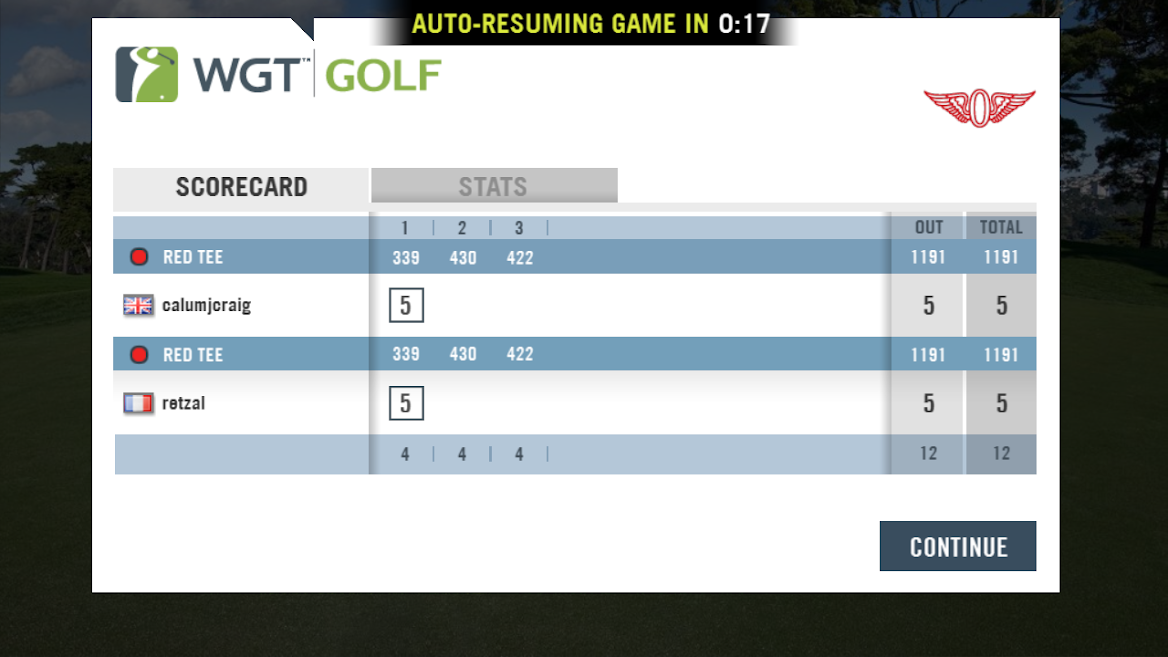 I won’t bother going into the final result…

I’ve only been playing the game a few days so have really only scratched the surface of what’s to offer. Apparently there are Country Clubs where you can play organised games with other human players: 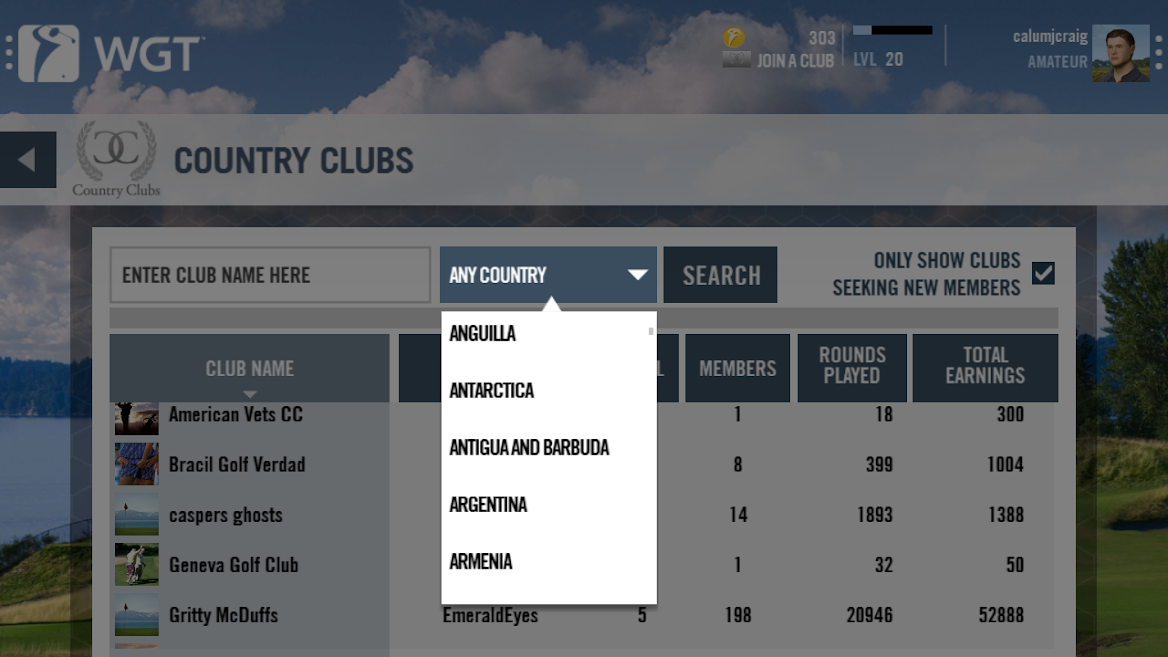 (Pretty sure Antartica isn’t a country…)

My only real criticism of WGT is that I find putting very tricky. Too many times I have hit the ball expecting it to break and there has been none, or the ball did break when I thought it would be straight. Perhaps it is just a case of my lack of experience in the game. You can check putts from multiple angles but due to the nature of the photographic visuals, it is not true 3D.

I’ve been playing WGT for less than a week so far but initial impressions are very good. If I can get better on the greens then I think I will enjoy it for a long time to come (still waiting for my application to join a country club to be approved!).

This entry was posted in App and tagged Fun, Golf. Bookmark the permalink.